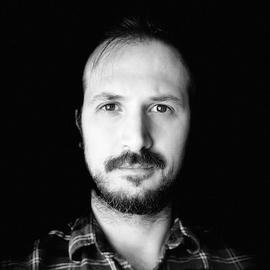 Mete Akcaoglu (Ak-cha-oh-loo) is an associate professor of instructional technology at Georgia Southern University. His research interests include online learning and teaching, computer science education, problem solving, and motivation in education. Currently, he leads a national science grant project investigating the process of design, development, and implementation of a middle-school computer science curriculum based on game design using Unity 3D. In addition to his teaching at Georgia Southern, he has been the program director of the ITEC program since 2018.

Computer programming is becoming an essential skill for young students regardless of their education or career goals. Therefore, for students to develop and for educators and researchers to accurately measure self-efficacy in and value for programming is important. Although student motivation in subject matter can be measured using self-report surveys, these types of instruments are prone to error due to inherent biases. In this quasi-experimental and cross-sectional study, we examined whether using a computer programming pretest before taking a perception survey (i.e., providing examples of the key concept in the survey beforehand) had an impact on students’ self-reported self-efficacy and utility value, thus helping collect more accurate data. Results showed no significant difference on self-efficacy and value scores between those who received a pretest and those who did not. In further analysis, however, it was found that pretest performance was positively correlated with self-efficacy and value. In addition, boys reported significantly higher self-efficacy and value than girls, confirming gender disparity outlined in previous research. An exploratory, but important, finding was that there was an interaction between gender and test performance for the self-efficacy and utility value. While boys’ who had high pretest scores also reported higher levels of self-efficacy and utility value, it was the opposite for girls.

Presenting at the AECT 2021 Early Career Symposium
I was recently invited to share my experiences regarding how I create spaces for academic writing. I will be on a panel along with very renowned scholars in our field and this is truly humbling for me.
Mete Akcaoglu, Ph.D.
Last updated on Nov 2, 2021 1 min read